Best Cookbooks to Gift Someone

Food is regarded in this day and age as not just a source of nutrition that should benefit your body in myriad ways, but as an edible art, so to speak. Let's take a look at some of the best cookbooks to gift someone who appreciates food in all its simplicity and complexity.

Food is regarded in this day and age as not just a source of nutrition that should benefit your body in myriad ways, but as an edible art, so to speak. Let’s take a look at some of the best cookbooks to gift someone who appreciates food in all its simplicity and complexity.

Choose a cookbook that doesn’t baffle the receiver―be certain that the ingredients aren’t difficult to get a hold of, especially in cookbooks that use foreign ingredients, and that the recipes are discernible.

I have to admit, that over the years I’ve turned into an epicure, where my palate only wants wholesome, rich food, with exotic ingredients. There’s something about food that not everyone quite gets―for many, food is just something they grab on the go, or wolf down without so much as a second thought of what went into its making; for others, it is an experience all by itself, to be able to relish every flavor, appreciate the inclusion of every ingredient, and bask in the aftereffects of such a lovely meal.

Expert chefs around the globe are stunning food critics and lovers of gourmet food with their exceptionally unique take on food and drink. The food is not just healthy, but involves a farrago of top-notch ingredients that are worth every penny spent. Cooking, believe it or not, is a task that many consider as a bête noire. I fail to understand why one would shirk cooking, even if to make a simple meal. It’s perplexing, really. If you know someone who regards cooking as the greatest of pleasures, then the following cookbooks are sure to hit the spot.

Top Cookbooks to Gift Someone

Does the receiver in question adore a good barbecue? Then this book’s recipes are a perfect mix of charred, lovely meat and flavorsome sauces that are acrid but absolutely delicious. Lang believes that meat is best cooked by throwing it down on a pile of coal, directly. There’s no grill involved during the entire process as Lang skillfully flips meat over a bed of coal, a technique he refers to as ‘clinching’. He gives the ingredients a good ‘scruffing’, allowing meat to saturate as much flavor as possible, with a mouth-watering texture that will leave you weak in the knees.

Is the receiver a healthy-food nut? This book is the epitome of nutritiousness, without a trace of compromise as Shulman whips up meals that contain a minimal amount of oil, with an exhaustive addition of fresh produce that complement her Mediterranean ingredients. Seafood lovers will particularly fall in love with Shulman’s version of the seafood soup bouillabaisse, concocting a version of sorts that will leave anyone breathless and hungry for more.

Cooking My Way Back Home, by Mitchell Rosenthal

For someone who loves home-cooked meals, this book will provide a mix of simple and extravagant recipes, that will be well worth the time and patience to prepare from scratch. The author and his wife reinvent their version of many dishes that Rosenthal fancies from his favorite menus across a multitude of his favorite eateries. Putting together the book allowed him to experiment with the art of cooking, exposing him to a host of fascinating ingredients, surreal flavors, and heartwarming results.

French food may combine a simple mélange of ingredients, but the result is nothing short of marvelous. For a lover of Utopian-esque food that hails from none other than France, this book will delight a Francophile. Wells has ample experience from her days spent in France, as she lovingly combines the quintessential flavors of French cooking in every dish, whether piquant, tangy, or sweet. This recipe book has the power to sweep anyone off their feet. For similarly wondrous books on cooking, we’ve got a heap of cookbook suggestions that you simply must give a close friend or family member who loves to cook.

For similarly wondrous books on cooking, we’ve got a heap of cookbook suggestions that you simply must give a close friend or family member who loves to cook.

The penchant for cooking mustn’t be put out, but furthered through small gestures, like giving someone a lovely cookbook―wouldn’t you like to be invited for a luncheon that boasts a spread of some of the dishes from these many cookbooks? You’d be crazy to pass up such a possibility! Encourage the one you love to take the time out and experiment with the recipes, and not let the cookbook collect dust in a neglected pile of other reads. The receiver is sure to be smitten with the cookbook you finally pick out. 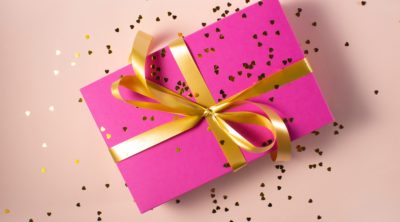 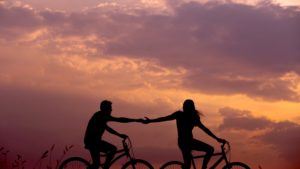 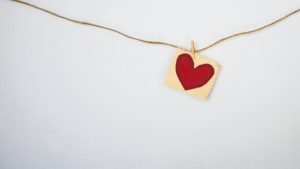 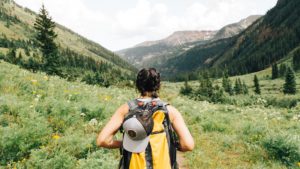 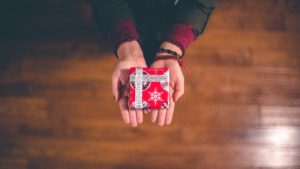